Fighting For My Son 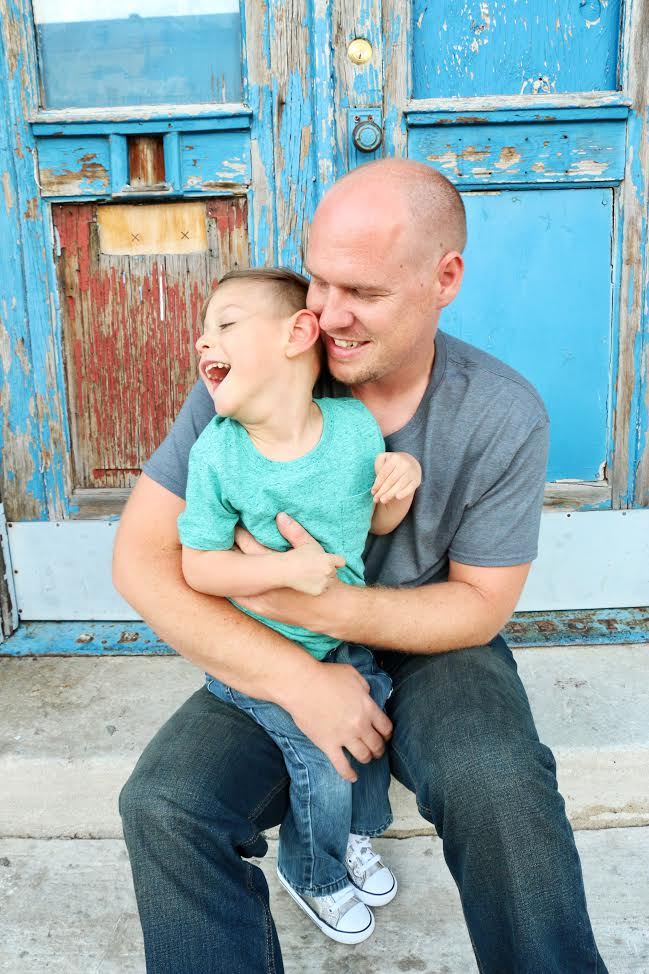 My name is Chris, and I am writing you today to urge you to support the New Approach Missouri medical cannabis initiative. My primary involvement with the issue arises from my role as a father. My four-year-old son Ayden endures painful debility from cerebral palsy and epilepsy.I am also a registered nurse with more than eleven years experience in hospital-based nursing, caring for individuals with various forms of injury and disease. It is as both a parent and a healthcare provider that I see a very real and substantial benefits from medical cannabis.National polls consistently find between 60 and 89 percent of Americans support medical cannabis. However, the federal government has made research on this topic uniquely difficult. Despite this fact, many studies in both the U.S. and abroad have shown what patients already knew to be true: Cannabis works!Millions of patients suffering from cancer, multiple sclerosis, rheumatoid arthritis, glaucoma, Crohn’s disease, seizure disorders, post-traumatic stress disorder, severe and persistent pain, as well as other debilitating illnesses find that cannabis provides relief from their symptoms. Yet the federal government considers cannabis a Schedule One substance, meaning it has no medical value and a high risk of abuse.Is it morally and ethically acceptable to deny legal access to a treatment option that can alleviate symptoms as well as help individuals cope with and manage their disease process? Without a doubt the answer is no! Doctors acknowledge this, with 73 percent of physicians saying they want more alternative therapies to treat chronic pain, instead of relying almost entirely on opioids.Ayden was born 14 weeks premature suffering a grade four intraventricular hemorrhage. Along with this brain bleed, he suffered a myriad of problems during his time in the NICU. Perhaps most significant was a negligent overdose of Vasotec given for treatment of high blood pressure.  After receiving ten times the intended dose, his blood pressure fell critically low, depriving his brain of oxygenated blood. Because of this brain injury, he now struggles with the detrimental effects of cerebral palsy and epilepsy.

Ayden has a form of epilepsy characterized by an EEG pattern termed hypsarrhythmia. This hypsarrhythmia is essentially a chaotic and disorganized pattern of brain activity that is, in Ayden’s case, an expression of brain injury. Initially, it was uncommon for Ayden to go even an hour without seizure activity. After failing countless pharmaceuticals that only left him with long lasting side effects, we began exploring cannabinoid therapy. Shortly after starting CBD oil, we noticed a significant decrease in seizures. It was on the EEG following CBD treatment that our neurologist found he no longer had the hypsarrhythmia.

Though this has improved, Ayden still must cope with the painful debility associated with his muscle spasticity. This exaggerated muscle tone affects all four of his extremities and significantly impairs his daily functioning. Unfortunately, treatment requires more than just CBD, and that is something we do not have access to in our state. If we fail to relieve his spasticity, we face the real possibility of Ayden needing invasive orthopedic surgery.

In sharing Ayden’s story there are those that believe we are promoting sensationalism and misinformation, but this could not be farther from the truth. I simply want people to see the reality of those who will benefit from safe access to medical cannabis.

My son deserves the best quality of life I can provide, and I advocate because I see objective therapeutic value. I advocate because I want to open the minds of individuals and influence positive change whereby science and factual data replaces stereotype and skepticism.

It has now been twenty years since California became the first state to implement a workable medical cannabis program. Since then, there has been growing evidence that supports valid medical use, indicating that cannabis should be removed from Schedule One. Instead, federal policy continues to be driven by stigma. Research has been slow and continues to be hampered by bureaucratic red tape as well as outmoded and unsubstantiated rhetoric.

I truly believe that the best way forward is through state expansion of medical cannabis programs. The political system has failed my son and failed numerous other Missourians. That’s why I support New Approach Missouri’s petition initiative that would put the question of compassionate and workable reform directly before the people of our state -- and I hope you will do the same!

Will you support the campaign and patients like Ayden by making a contribution of $15, $25, or $50 today? And, if you have not already done so, look for a location where you can sign the petition and share this information with your friends.

The patients of Missouri are counting on us. Help them by contributing now!

Amendment 2 Takes Effect Today! Giving Tuesday We Did It!!!!